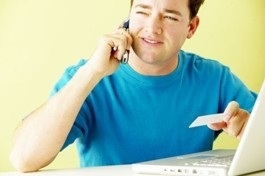 Although a loan modification or foreclosure might allow them to put their housing problems behind them, millions will be dogged for years by the aftermath—a credit score so tarnished by the housing debacle that lenders will want to avoid them. And if they are able to obtain loans, high interest rates are likely to strain their budgets.

This is one remnant of the housing crisis that is sometimes ignored by economists, but the effects may well be a drag on the nation’s consumption—and the economy as a whole—for a decade or more.

And changes are in the works to the way credit scores are calculated and applied that could dramatically affect all Americans’ ability to borrow in the future. Many bankers say the overreliance on a simple credit score didn’t work well for lenders or consumers.

An adjustment period is inevitable, he said, and it will change people’s lives. For example, he estimates that about 60-62% of American households will own their homes—not the 69% that preceded the housing bust.

Even as Americans work off their debt, their future spending will be dogged by their past.

In the case of foreclosures, for example, a person who had a solid credit score before their housing nightmare could see it fall more than 15% under the system used by VantageScore, a scoring mechanism involving the nation’s three main credit bureaus, Experian, TransUnion and Equifax.

Even if the person had paid all bills on time before, future lenders would see the individual as a subprime borrower, which would make obtaining loans difficult. Banks are afraid of subprime borrowers, and many lenders that catered to them have gone out of business following housing losses.

“That’s why we encourage people to seek modifications, not foreclosures,” said Barry Zigas, director of housing policy for the Consumer Federation of America, because modifications do less damage to credit scores.

If people go into bankruptcy, every lender they approach for the next seven to nine years will know it. They may decide to turn them away, although people who pay every bill on time can rebuild their score and regain lenders’ confidence.

Meanwhile, bankers are expected to be increasingly gun-shy about making any loans. They are looking at changing the way they make decisions—building in factors that are “more judgmental,” Zigas said.

That could be good or bad for borrowers. If, for example, borrowers lost a home because they lost a job and were unable to sell their house because it was in a depressed area, a future lender might take that into consideration.

But other potential changes worry Zigas. Some bankers are beginning to consider factors such as geography and the overall economy when making decisions. So people who are transferred to a depressed area could have trouble buying a home there, even if they have good credit.

In this changing environment, firms such as Moody’s Analytics are trying to sell a new credit scoring system that takes into account other factors that could endanger a bank’s ability to collect on a loan.

For example, Tony Hughes, senior director of the credit analytics group at Moody’s Economy.com, outlined to bank risk managers at the conference a new system that reduces credit scores during economic booms such as the one at the peak of the housing bubble.

The idea is that during such periods, people appear to have pure credit scores because of the environment. They were able to borrow against home equity and pay off credit cards, but later that equity vanished as home prices fell. During boom times, more people also borrow to speculate, another risk to lenders, Hughes said.

At the bottom of a recession with a recovery in sight, Hughes said, credit scores would be raised to reflect the idea that a person buying a home would be paying it off in an improving economy, with home values increasing and with less risk that they would lose their job. A person who lived in a distressed area and paid a loan during a recession could receive extra points.

Some bankers say the changes are necessary. “We are in a period of flux,” said Shahzad Kazi, executive vice president of corporate risk management for lender HSBC. “We lost sight of common sense. We plugged in the credit score, and if that was OK, we gave them the loan.”

RISMedia welcomes your questions and comments. Send your e-mail to: realestatemagazinefeedback@rismedia.com.

Copyright© 2010 RISMedia, The Leader in Real Estate Information Systems and Real Estate News. All Rights Reserved. This material may not be republished without permission from RISMedia.